Bay to Breakers, by the Wifi Numbers

I set up a Wifi access point over Fell Street in the panhandle for Bay to Breakers, and left an open SSID for “#SfWifi”, which is used in all San Francisco parks that offer free internet access. I figured it’d be an easy one to measure traffic as people ran / walked / staggered by my house. 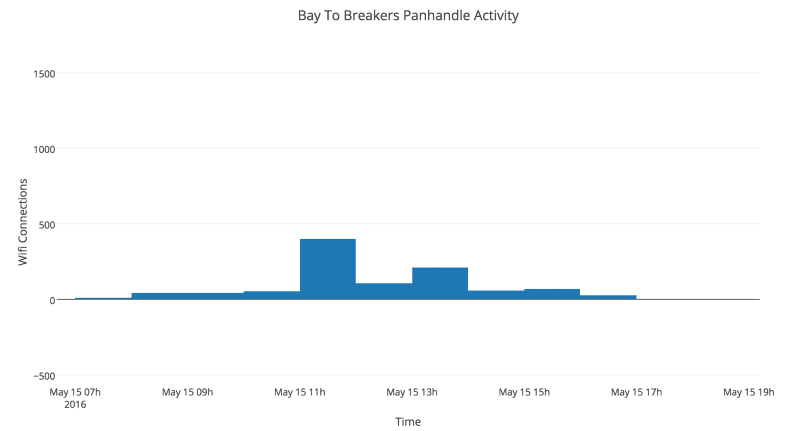 Lots of iOS users. Incidentally, congrats to Matthew, Monica, Jessica, and Jennifer for making it at least four miles into the race. If your phone is named ”<Your First Name>’s Phone’” like mine is, you’re announcing this to every network you connect to. In total, I had just over a thousand connections from 7am until 5pm.

I wonder how much digital noise I leave running from point A to point B. For next year, I’ll probably expose more SSIDs like “Netgear” and “Starbucks” that lots of folks have already configured their phones to connect to. It’s also interesting to see auto brands like Audi and Ford regularly connecting to these access points as they drive along the street, often times exposing the names of the driver in the process. Data is creepy. 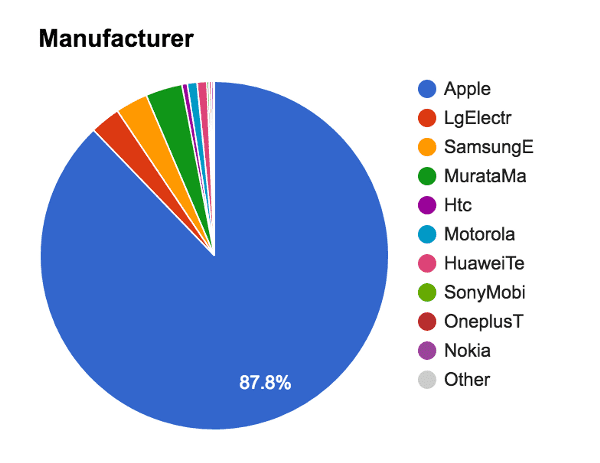